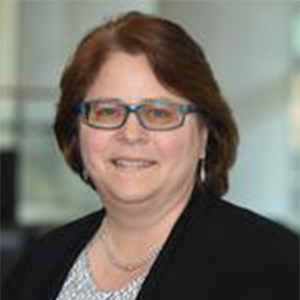 Laura T. Garcia joined Greenfield Community College as their Chief Information Officer (CIO) in June of 2018. At Greenfield, she serves on the President’s staff and engages with the College’s students, faculty and staff to ensure technology tools and infrastructure are appropriately managed and provisioned for administrative and academic purposes. She works to empower all members of the College community through the availability of technology resources while also ensuring appropriate information security, privacy and compliance.

Prior to her current position at GCC, Laura worked for over seven years as the Director of Campus Technology and Media Services at Mount Holyoke College where she directed three teams of IT staff including Community Technical Support, Asset Management and Media Services. While there she served on the College’s Compliance Committee, its Export Control Task Force, the Executive Team of the Operations and Policy Council and also chaired the College’s Data Classification and Management Task Force and the College’s Google Governance group.

Prior to working at Mount Holyoke, Laura worked in several IT positions at the University of Massachusetts in both Amherst and at the UMass President’s Office over a 15 year period. At UMass she directed IT services for the division of Student Affairs including the Admissions Office, as well as for University Relations managing the University’s front door web site, and worked as the Exchange and Windows administrator for the UMass President’s Office. She has also held a variety of positions in private companies and on consulting projects working on network and educational technologies.

Laura earned her MLIS at Simmons College and her BA at UMass Amherst and is ITIL Foundations certified. She began attending and becoming involved with NERCOMP events in the late 90’s. She was elected to the NERCOMP board in 2015 and served as the NERCOMP Treasurer and member of the Executive Committee as well as Chair of the Finance Committee and Investment Committee until 2018. In addition, she has chaired the Socially Responsible Investment Subcommittee and served on the Vendor and Licensing Committee, as well as the Web Presence Portal Task Force. She was elected to a second term on the NERCOMP Board in 2018. She believes strongly in the power of NERCOMP to transform and empower individuals as well as institutions in their pursuit of useful and sustainable technology solutions through collaborative efforts.